Cartoonist and educator Bertozzi does all sorts of work: surreal ecology, fantastical histories, historical biography, and more. His figure work is clear and fluid, his lettering is impeccable, and despite pushing some formal boundaries, his books are always easy to read; it’s obvious that puts a lot of thought into each page. I’m always surprised that more people aren’t talking about his work. Maybe it’s because of the breadth of genres in his work?

It also seems like a lot of his work is unfairly branded as young adult. Which is not to say that YA is bad or any way lesser; I just feel that people who might be looking for the kind of books Bertozzi makes might not look in the YA section.

Take Lewis & Clark, for instance. It’s a well-researched look at the famed explorers, but more than that, it’s a sympathetic and stark look at bipolar disorder: how it can drive people to amazing heights, how it drops them off the edge, and how people from other places and times define and struggle with mental illness.

Young adults can and should read books like this, but that’s not because it’s a young adult topic; it’s because young adults deal with the same things adults do. 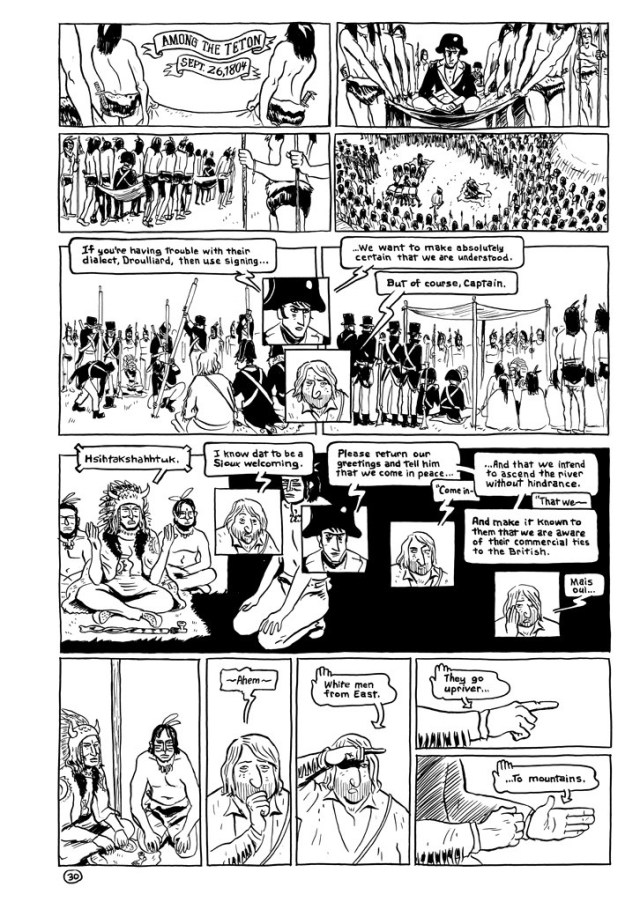 Most of these entries are about a single cartoonist; some are about formats or publishers. This is the only one that’s about a character. That’s because he’s the greatest character of the comic book genre, Herbie Popnecker.

He’s a “little fat nothing” who attracts lovers without even trying; however, his only care is lollipops. His speech pattern inspired Watchmen‘s Rorschach, and he spends time hanging out with Dracula and Fidel Castro. And his short comic existence owes itself to two people, Richard Hughes and Ogden Whitney. Hughes supplied the scripts—terse, non-sequiteur, madcap—while Whitney played the “straight man,” rendering everything in a plain, almost bland style. Did they work together on the plots? Or was this just another job for Whitney? Whatever the case, it’s the perfect comic for today’s meme culture.

For many cartoonists, self-published or small press work is a stepping stone. For whatever reason (financial security, fame, love), they have their eyes on bigger things. In the last decade or two, “bigger things” has included movie deals and publishers like Scholastic, but in the ’80s and ’90s, the goal many cartoonists worked toward was publication by Marvel and DC. (This is a very collapsed view of things, so please forgive the cutting of corners.)

Messner-Loebs was a writer-artist who made a strange historical fiction comic called Journey: The Adventures of Wolverine MacAlistair. His drawings are energetic and bulbous, and Journey is evocatively lonely at times. But when Messner-Loebs went to DC to work on Flash and Wonder Woman, it was merely fine; just journeyman superhero work.

Luckily, Messner-Loebs went back to doing his own thing, often with Sam Kieth. They worked together on Epicurus the Sage, a hedonistic treatise on myths and philosophy, and The Maxx, perhaps most well-remembered from MTV’s Liquid Television.

I don’t mean to moralize here, especially when it comes to strangers’ life choices, and I don’t want to wax romantic about work made by struggling artists. I just want to take a moment to admire the strange works that crop up in the corners of comics history. 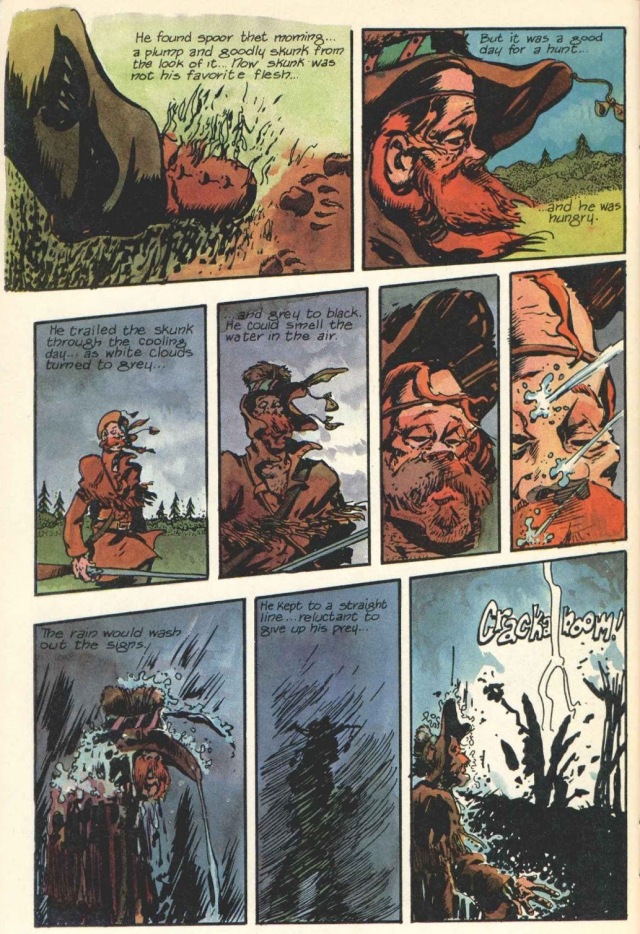 I already wrote about big comics, but I’m in no way size-ist. Where oversize comics can zoom out or shatter time, minicomics provide a sense of intimacy and allow images to own the confines of a page. Their minimal length often forces a cartoonist to leave out any chaff or bloat, focusing on the moments most important to the limited size of the narrative.

Also, they’re really easy to make! Here’s a video, and here’s a longer explanation by cartoonist & educator Jessica Abel. If someone’s interested in starting to make comics but can’t figure out where to start, making a couple minicomics is always a great catalyst. 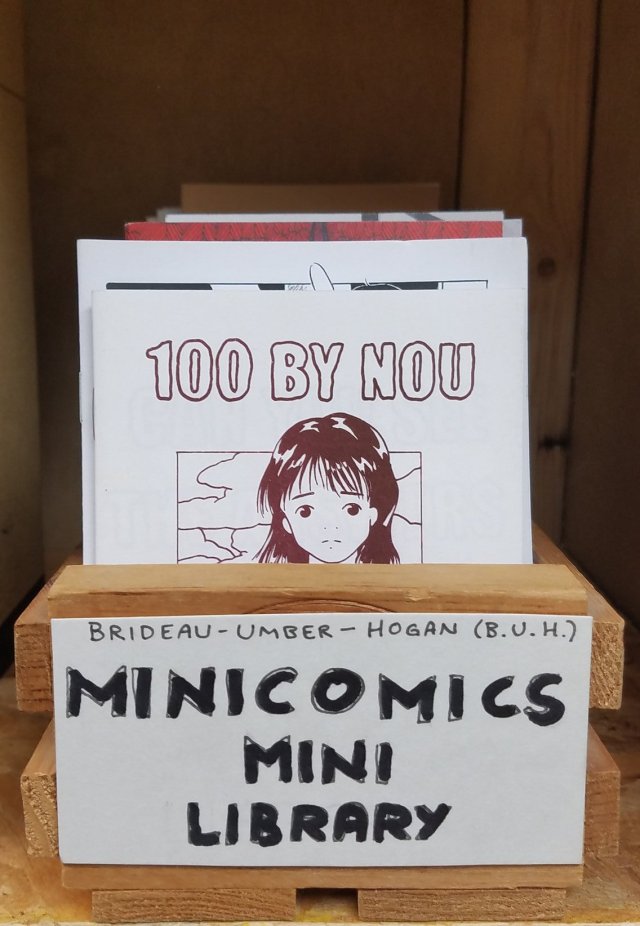 Sorese’s Curveball is a neon sherbet future where people love as they please. It’s one of the frankest looks at nonbinary and genderqueer relationships I’ve seen in a comic. That same measured eye is brought to technology; Curveball is a story about how tech brings us together, makes us lonely, and everything in between. 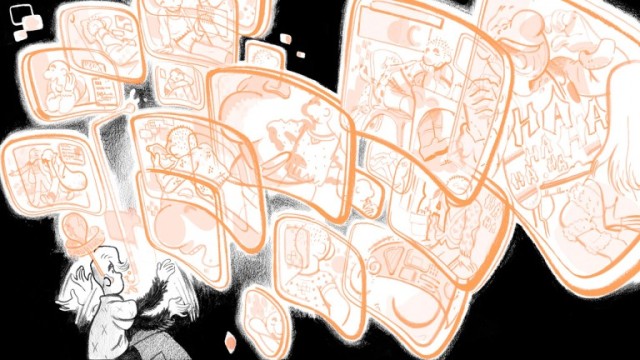 Also, Sorese writes Steven Universe comics! Which is a perfect fit since it’s a show about queer romance and friendship and vulnerability.

In the library:
Curveball
Steven Universe

I saw ads for Marder’s Beanworld long before I ever read it. It was one of those amazing, meditative obsession I think most kids have; it sparked dozens of what-ifs and hows as I tried to fill in the blanks and figure out what this comic could be about.

And in Beanworld‘s case, it’s one of the few things that lived up to (or even surpassed) what I imagined it would be. Although it starts as a hazy allegory opposed to big business, it quickly abandons any connection to the real world. The majority of Beanworld is a closed and fantastical ecology and a meditation on art, responsibility, and community. It’s strange and conceptual and loving.

McNeil’s career is almost entirely defined by a single work: Finder. Since 1996, Finder has been self-published, become a webcomic, and been printed in great, thick library editions by Dark Horse. It’s excellent science fiction, picking at ideas of gender and class that big-budget sci-fi has always been afraid of. And despite its density of world-building, it’s a rollicking tale with action, romance, and humor. But what I really love is McNeil’s lettering.

From placement to texture to size and shape, McNeil is constantly flexing muscles that other cartoonists are willing to let lay unexercised.

Aaron King
Create a free website or blog at WordPress.com.